MOU Signing for the Sports KIT for 19th Asian Games

Nepal Olympic Committee (NOC) has signed a sponsorship MOU with Buy-Up Company for the sportswear for the Nepali team participating in the 19th Asian Games to be held in China. It will be held from September 23 to October 8, 2023 in Hangzhou, China.

The agreement was signed by Nilendra Raj Shrestha, Secretary General of NOC and Steward Chyeng, CEO of Hong Kong-China based Buy-Up company.

According to the agreement, 450 sports gears will be handed over before the start of the Asian Games. Mr. Steward also provided sportswear during the 18th Asian Games held in Indonesia in 2018. 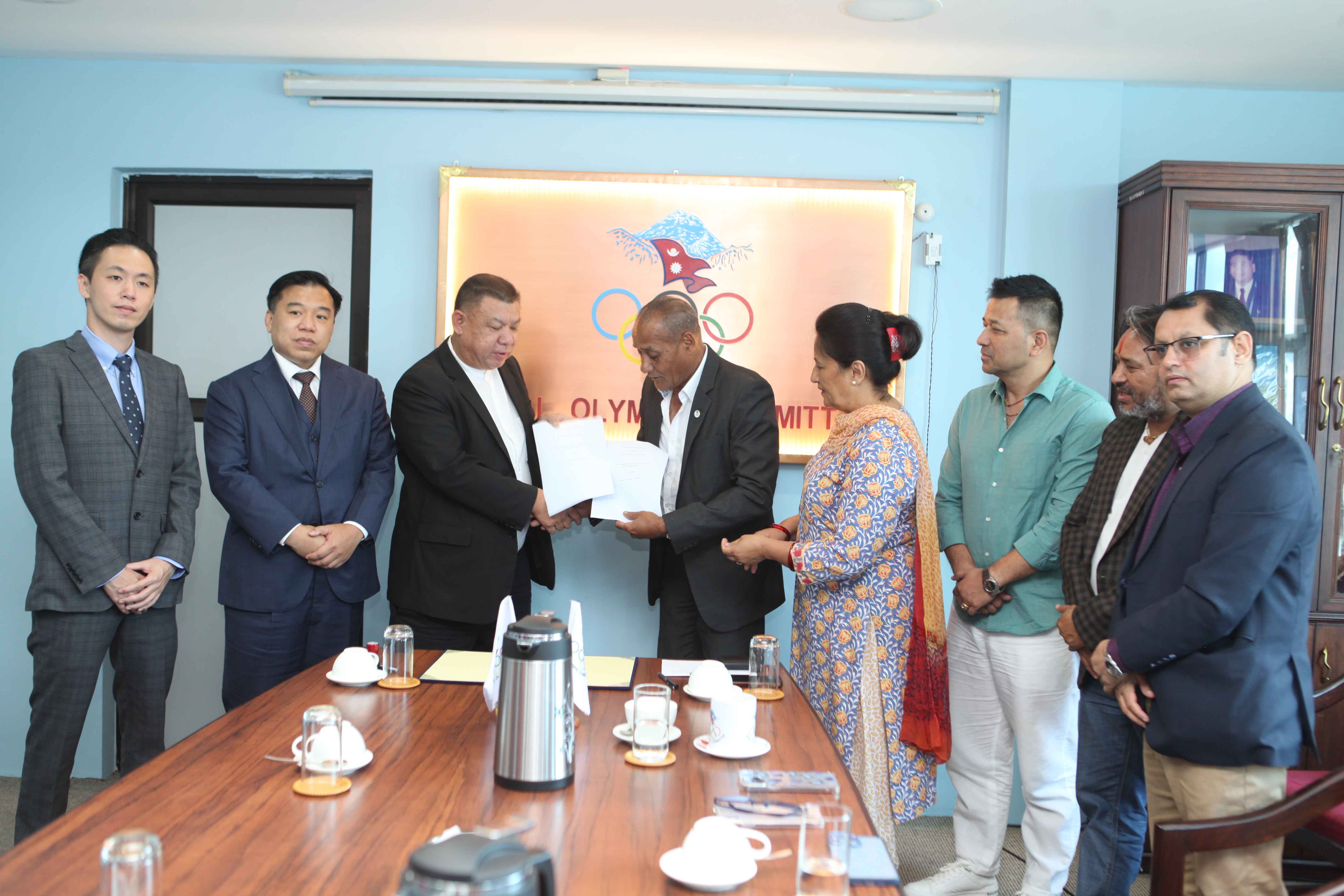